Project goal was to obtain the complex description of the examined PZZJ unit and obtain the knowledge on the potential of 4 selected by the ordering institution examined units:

The purpose of the study was to check, if the tutoring conducted with the pupils within the Future Academy (Akademii Przyszłości) influences the change of sense of pupils self effectiveness and to what extent the changes it the organization of preparation of the volunteers to perform the role of tutors and support in performing this role impact the sense of self effectiveness of tutors to work with the pupils.

1/ Assessment of the effects delivered as a result of intervention in scope of increasing the quality of the training-workhop system (the criterium of assessment are the opinions of tutors),

2/ Valuation of the impact of intervention on increasing the qualifications of tutors (the criterium is the change in the sense of self effectiveness of tutors while working with pupils, observed form the beginning till the end of the edition of Future Academy in the school year 2017/18,

Scientific goal of the research was to specify the conditions of effectiveness of Tripartite Comission for the Socio-Ecomonic issues as the institution of social dialogue, serving mainly to match the interests of the employees representation with the employers needs.

The idea and the proposal was the study on effects of the actions of the Comission in period 2001-2013 (so called “second Commission”, Gardawski 2009), in particular the effects of preparing the common decisions, legal acts or the compromise (Talos, Kittel 2001).
Using the methods and research techniques proposed in the project, the Coordinator aims to analyse the conditions helping and disturbing reaching the agreement.

The created model will enable to specify the mechanisms of interests representation leading to the positive (agreement) or negative (lack of agreement, suspension of the talks etc.)  effects of actions of the Commission.
The knowledge of the mechanisms of the effective participation of the representation of interests in the process of creating the public polices will allow to bring the new knowledge to explanation of the current state of social dialogue on the central level in Poland, as well as it can be a starting point for assessment of the  improvement proposal in the Commission.

a)  Leading - configuration analysis, introduced by Charles Ragin (Ragin 1987, 2009) "Qualitative Comparative Analysis" (QCA). This method will allow for the analysis of the effects of Commision activities in a broad context of accompanying factors, related both to the dynamics of the impact generation process, as well as to the conditions in the political, social and economic environment;
b)  Auxiliary: current literature review, individual in-depth interviews (approximately 30), expert interviews (4-6) and statistical analysis of existing data.

The research was composed of two modules:
Module I (stage I), “Analysis of the demand for competences of the graduates from Universities, identification of gaps between the needs of the labour market and employers in comparison to educational offers of Universities;

Stage II “Mid-term evaluation of the Competences Development Programme “Cyclical assessment of the impact of NCBiR support within the programmes empowering competences on the professional situation of the graduates included in the support.

Within the research the answer was formulated for two key research questions:

1/ Is the offered support of the Competence Development Programme really decreasing the gap of the competences between the educational offer of Universities and the labour market needs?

2/ What kind of competences and what methods should be strengthen in the next Programmes in order to better match the competences of the graduates with the labour market and employers demands.

6.    Ordering institution: The National Centre for Research and Development

Materials about the project 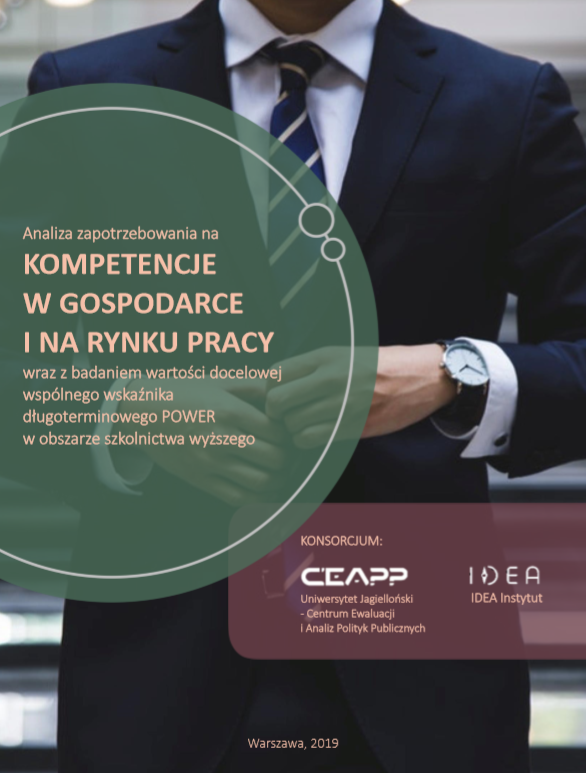 Scope of activities within the project:

The subject of the project was the assessment of changes introduced in the system of projects’ selection in activities 4.1.1, 4.1.2, 4.1.4 i 4.2  of POIR Programme form the point of view od quality and innovation of the granted Projects.

Performing the evaluation of the Communal Programme of the Social Activity and Senior Integration (PASIOS) for the period  2015-2020.

2/ Conducting the on-going and mid-term evaluation research, which aims to provide the information on the direct and in-direct effects of the public aid,

3/ Performing the summary of the research. 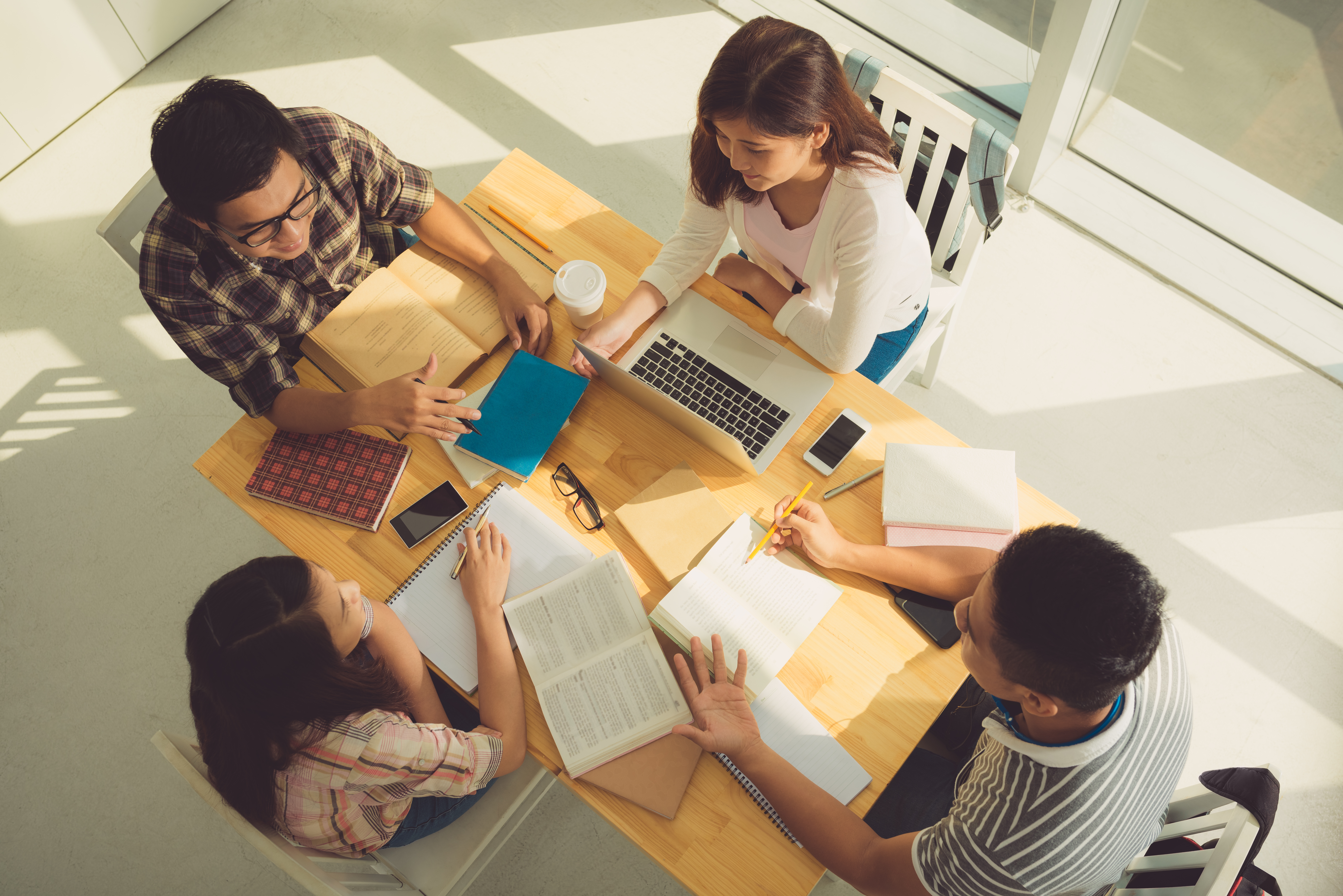 Recruitment of the respondents for participation in the research.
Conducting trainings for the people responsible for moderating the interviews.
Conducting in-depth interviews.
Preparation of code instruction and consultation of the instruction with the ordering institution.

Project title: Expert study on the roots of increased level of relative and absolute poverty in Malopolska 2017-2018 on the bacground situation in Poland

1/ The discussion with the Ordering Institution on the expert study design,
2/ Collaboration and consultations with Malopolska Marshalls Office concerning the content of expert study,
3/ Participation in expert study presentation and disscusion on the recommendation for Malopolska Region. 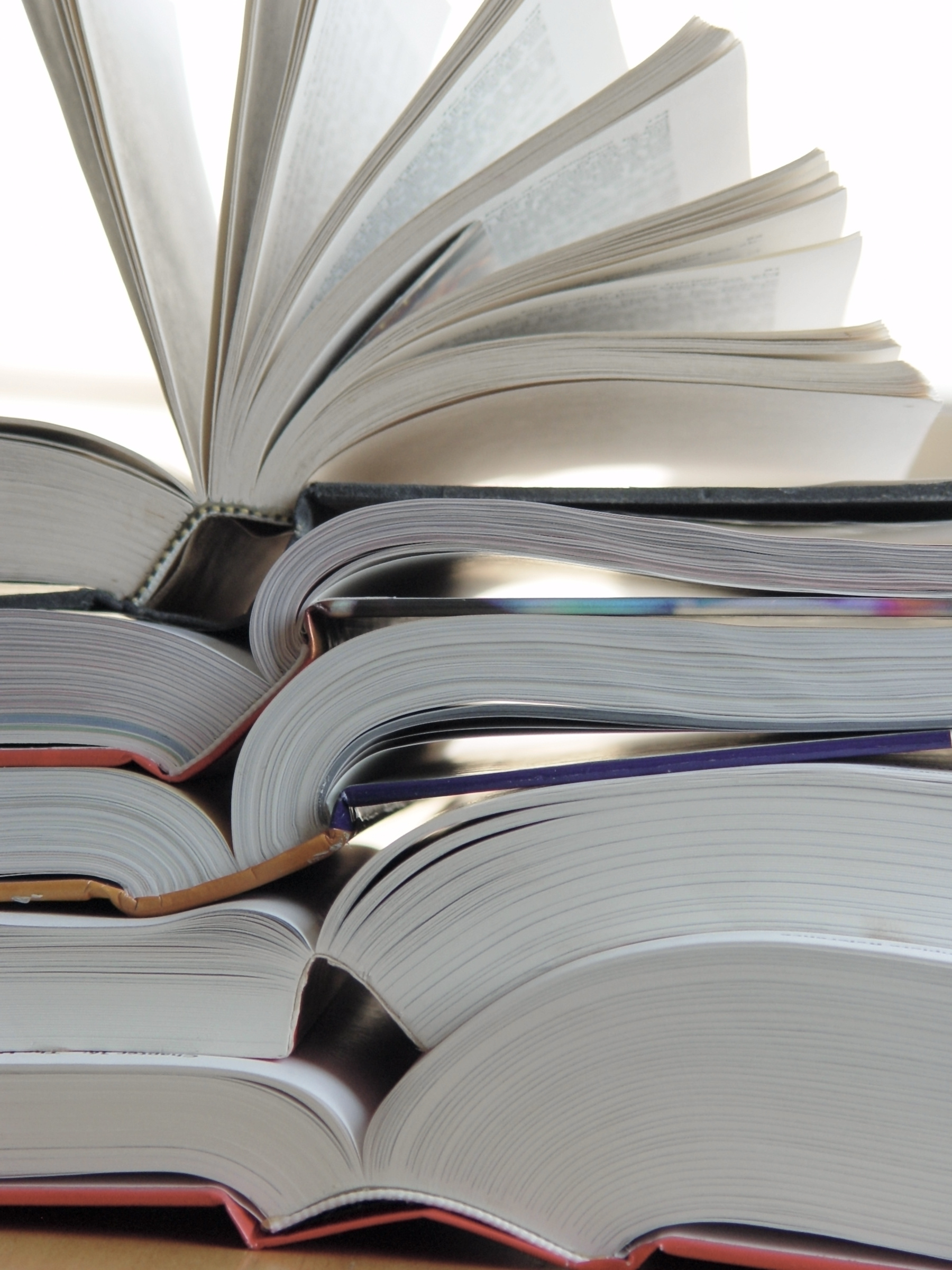